FOREIGN BUYERS IN 2017 – SOME CONTEXT

There has been a lot of media coverage on the impact of foreign buyers on the real estate market in Canada. Last summer the BC government implemented a 15% property transfer tax on foreign buyers in Metro Vancouver. More recently, the Ontario government introduced a number of measures to cool the real estate market in the “Greater Golden Horseshoe” area. Included in the measures was a 15% non-resident speculation tax. Closer to home, Victoria City Council narrowly missed passing a resolution that would have called on the BC government to implement a foreign buyers tax of 15% in Victoria. 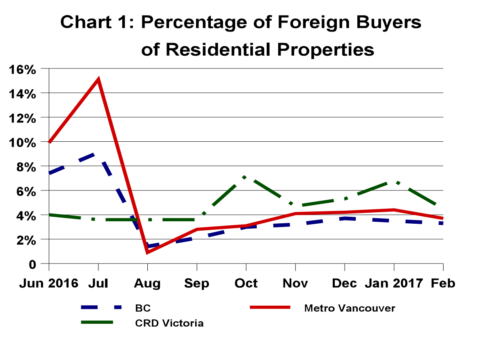 Foreign buyers appear to have been involved in perhaps as much as 8% of the property transfers between Jun and Sep 2016 in Metro Vancouver. Between Oct 2016 and Feb 2017, foreign involvement has averaged 3.9%. While sales fell in Metro Vancouver after the implementation of the foreign buyers tax, many involved in the real estate market in Vancouver argue that sales were in fact slowing well before the government acted, largely because of a lack of supply. What seems clear is that the implementation of the foreign buyers tax has not had a significant impact on home prices. The average sale price fell a modest -2.2% from $953,293 in the period Jun to Sep 2016 to $932,685 in the period Oct 2016 to Feb 2017. Prices have since recovered. Metro Vancouver recorded an average sale price for a residential property of $1,110,376 in May 2017, a record high. There are many factors that affect the real estate market. The influence of foreign buyers seems negligible.

After a record-breaking year in 2016, it is not surprising that we are witnessing a slowdown in sales in Victoria this year. The extraordinary demand of last year has eased. However, it still remained a strong seller’s market in the 2nd Qtr of 2017. Although sales are down from last year, prices are up significantly from the 2nd Qtr of 2016. The ratio of sales-to-listings (a measure of market strength) remained strong. Properties took less time to sell and they sold for an average of about +0.6% above the original list price. Indeed, multiple offer situations are not uncommon, more than half of the homes sold at, or above, their list price. 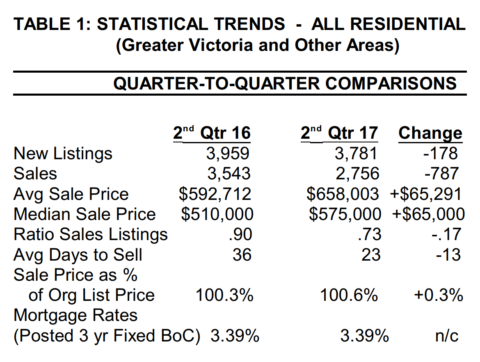 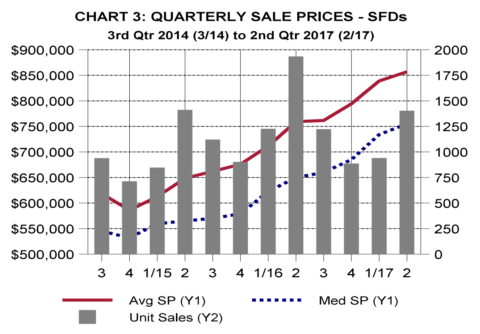 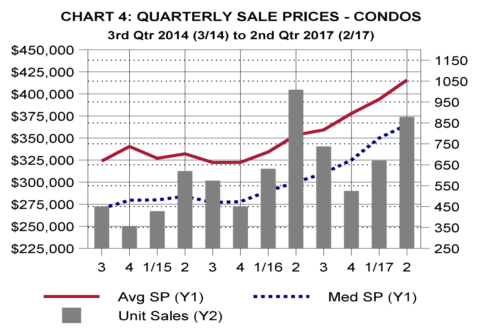 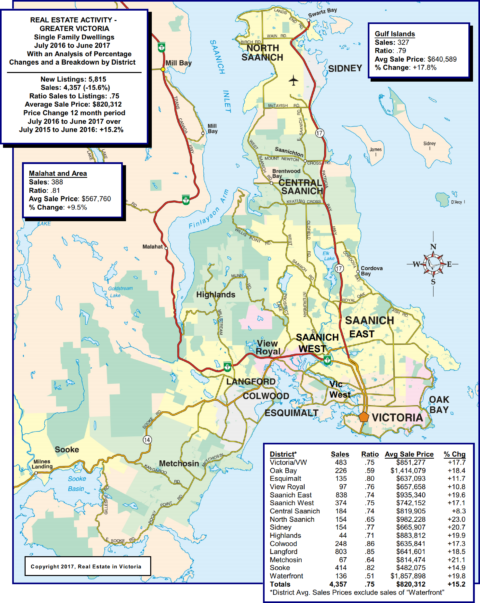 Feel free to download this newsletter in PDF format.

Real Estate in Victoria …Keeping You Informed: I provide this newsletter to clients, customers and friends to help them keep informed of developments in the real estate market in the Victoria area. If you do not want to receive this newsletter in the future, please let me know. It is not intended to solicit or interfere with existing listings or Agency relationships. The information contained herein is based on sources which are believed to be reliable, but it is not guaranteed. The content of this newsletter is copyright©. The data and information outlined herein was derived from a number of sources including: the VREB, the BCREA and the CREA. The Publisher is responsible for the analysis of the data and any opinions expressed herein.

Geoff is an established real estate professional whose years of experience have earned him numerous awards and accolades. He has been one of the top RE/MAX Realtors in the Victoria (BC) area since 1990, a Victoria Real Estate Board MLS Gold Award winner for more than 36 years, and has won many other awards over the years. What do these awards mean to you? They mean that Geoff works hard and that he produces consistently. He is well connected in the industry and in the community. Connect with Geoff via email geoff@mcleanrealestategroup.ca

Victoria BC – The Technology Capital