The township of Esquimalt sits just to the west of Victoria BC and is surrounded on three sides by water.  Esquimalt has long been a mariner’s community with much economic activity centred on the shipyards and the naval base, CFB Esquimalt.  In recent years, parts of Esquimalt’s waterfront which were previously underutilized, have been developed and the area continues to undergo improvement.

Housing in Esquimalt is diverse and popular with people who work in the city as it’s so close that it’s almost like living in Victoria! Neighbourhoods in Esquimalt include: 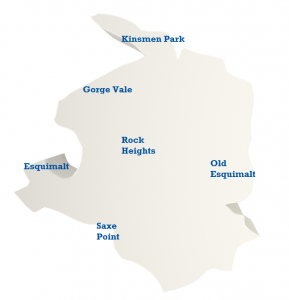